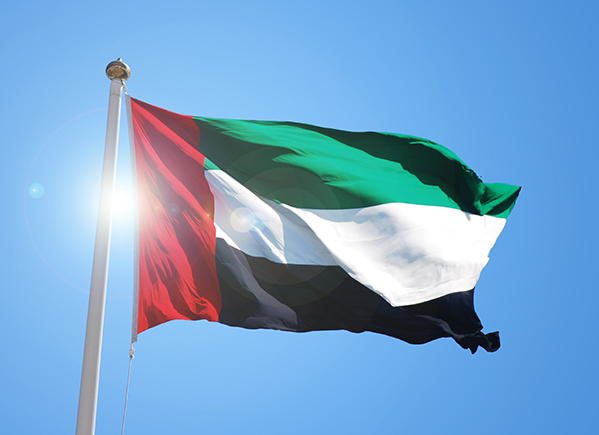 The United Arab Emirates (UAE) is a federation and sovereign state that was founded on 2 December 1971. The country is made up of seven emirates, namely Abu Dhabi (the capital), Dubai, Sharjah, Ajman, Umm al-Qaiwain, Ras al-Khaimah and Fujairah.

The federal system of government includes:

The Federal Supreme Council is the highest constitutional authority in the United Arab Emirates. It is also the highest legislative and executive authority that draws up general policies and approves various federal legislations.

The Federal Cabinet is the executive authority that manages all internal and foreign affairs of the federation under its constitution and federal laws. The Cabinet is tasked with proposing draft federal laws and forwarding them to the Federal National Council before they are submitted to the President of the Federation to lay before the Supreme Council for ratification as well as preparing the Federation’s draft general annual budget, final accounts, draft decrees and decisions.

Members of the Cabinet

The Federal National Council’s first session was opened on 2 December 1972. The FNC contributes to sustainable development and builds relations among federal authorities through its participation in discussing and adopting legislation as well as enhancing the effectiveness of various executive institutions and expanding political participation.

The FNC comprises of 40 members elected from the member emirates: eight from Abu Dhabi and eight from Dubai; six from Sharjah and six from Ra's al-Khaimah and four from Ajman, four from Umm al-Qaiwain and four from Fujairah. Members are elected to serve four-year terms.

The UAE adopts a balanced and moderated foreign policy that is strongly based on a commitment to the UN Charter and a respect for international conventions and laws that regard regional peace, stability and security with all countries of the world. Moreover, through its foreign policy, the UAE is committed to establishing strong relations with all countries of the world on the basis of mutual respect and non-interference in the internal affairs of others. It also seeks to resolve international disputes through dialogue and peaceful means based on the principles of fairness and justice with an objective to promote stability and international peace.

Each emirate has its own local government consisting of departments and local institutions. The UAE’s Constitution defines the relationship between federal and local governments and allows some flexibility in the distribution of authority between them in line with the vision of the country's leadership.