Maite Ventura, LaLiga’s Managing Director for the Middle East and North Africa, is confident football will return resilient and stronger from the COVID-19 crisis.

The head of Spanish football league’s MENA operations made the statement during a webinar, which was organised by Dubai Sports Council in collaboration with LaLiga, and attracted 169 participants, including top officials from Spanish and Dubai football clubs.

Titled “Football Clubs’ Strategy for Recovery Post COVID-19”, the webinar saw extensive discussions as the panellists shared their insights on the way forward for the football industry in the post COVID-19 world.

As keynote speakers, Ali Omar, Director of the Sports Development Department of Dubai Sports Council, and Maite Ventura got the discussions started before leaving the stage for the three panellists from Spain - Franco Segarra, the Head of Data Analytics, Ticketing and Fan Experience at LaLiga club Valencia CF; Federico Gonzalez, advisor at Spanish Second Division club Real Oviedo; and Francesc Arnau, the former Barcelona and Malaga goalkeeper who is now Technical Director at Real Oviedo.

“First of all, I would like to thank Dubai Sports Council for providing us with this amazing platform to be able to share our insights on COVID-19 and its impact on the football industry,” said Ventura. “Thanks also to all the Dubai clubs for joining us, and also to Valencia CF and Real Oviedo.

“The coronavirus pandemic has hit the whole world and it has definitely affected the sports industry. It has been a very difficult period for us, but we have been working very hard to adapt, and to adjust to a new reality, with our ultimate goal being to connect to millions of our fans worldwide.

“Right now, our focus is fully on recovery and this began with the restart of our league matches, which kicked off on June 11.

“To be honest, the possibility of having our players back on the pitch and being able to finish the season has been a great accomplishment for LaLiga. We consider it as the first step towards the recovery of the football industry.

“Again, we are adapting. We are, for example, playing behind closed doors, which means we need to deliver a great entertainment experience to our fans watching around the world. Apart from this, there are many other challenges and factors impacting the football industry, such as the financial implications and the consequences for players and their contracts.

“However, at LaLiga, we firmly believe that the football industry will recover and return as strong as it was before, or even stronger.”

Federico Gonzalez also shared the optimism and saluted the team at Real Oviedo for anticipating the problems that arose following lockdowns around the globe, and finding solutions to keep generating revenue through the crisis in a country which was one of the worst-hit as the pandemic peaked in Europe.

“At Real Oviedo, we were able to anticipate this situation,” he said. “So we started planning early, from the time we first heard about COVID-19. We started working on different plans to try to compensate for the loss of income that we knew would follow.

“Our team started a big online campaign, focusing on virtual marketing and sales, which was a big source of revenue for us during that period. The team kept working hard from home – as hard, or even harder, than they used to work from office – generating income.

“They have continued their hard work, and they continue to adapt and innovate as they look for new ways to generate income and attract sponsors in a very challenging marketplace. But we remain optimistic because we are confident a lot of the investors will be back soon, and we will bounce back stronger from this period.”

“In the last few months, the technical staff has been focused on maintaining the physical condition of the players, who have been training at homes. Now we are trying to adapt to the new COVID-19 safety protocols, which have been prescribed by LaLiga, because the most important thing for us is the health and safety of the players and all the staff at the club. So we have been trying to adapt to evolving situations, new challenges and protocols.”

While the football leagues in Europe have resumed, only a few of them are allowing fans to attend. Most matches are taking place behind closed doors, which means a loss of revenue for clubs in terms of match-day ticket sales. Additionally, the clubs will owe their season-pass holders for the matches they could not attend.

Speaking about the issue, Valencia’s ticketing chief Franco Segarra said: “Valencia has a stadium with a capacity of about 48,000 to 48,800, depending on the competition. The maximum number of season ticket holders we can have in the stands is 40,000. We cannot have more because when you play UEFA competitions, you need to have some spare seats for away fans.

“So, right now we have 40,000 season ticket holders and we owe them something. The reason is, they have paid to watch an X number of games in the season. Our season ticket includes all the matches that are played at our stadium, but there are five matches that will be played behind closed doors without fans.

“The problem here, because of COVID-19, is that not only are we not going to get extra money from match-day ticketing, but we also owe from the money we have already received and accounted from season-ticket holders.

“So we need to get really creative to find a way of, on the one hand, making the customers - in our case the season-pass holders - happy, and on the other, avoid giving back the money we owe them. We need to turn this crisis into an opportunity and see what we can do.

“We, at Valencia, are basically giving three options to the season ticket holders as compensation for the five games they could not attend. The first option is: we ask them if they are willing to give up the money for the sake Valencia. In exchange we will give you certain preferences for next season. For example, once the matches start taking place with fans in the stands – it could be 20 per cent or 30 per cent of the stadium capacity – those who have picked the first option will be the first people to be able to attend next season. We will also give them the opportunity to buy the new 2020-21 season t-shirts for free.

“For option two, instead of giving a refund this season, we will give them the money back in the form of discounts for the 2021-22 season-tickets. The reason we are not doing this for season-ticket 2020-21 is because we believe season 2020-21 is not going to be a normal season either. On the plus side, we create a long-term partnership with our season-ticket holders.

“The last option is, you ask for the money and we reimburse it to your bank account.

“So these are the three options we are giving to the people and we believe they are fair. We would prefer the fans to choose option one or two, that is why we have tried to make those two options much more attractive than option three, which is getting the money back now.” 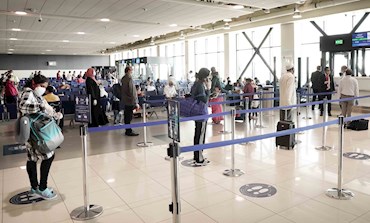 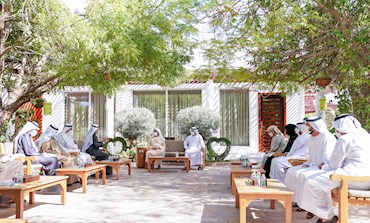