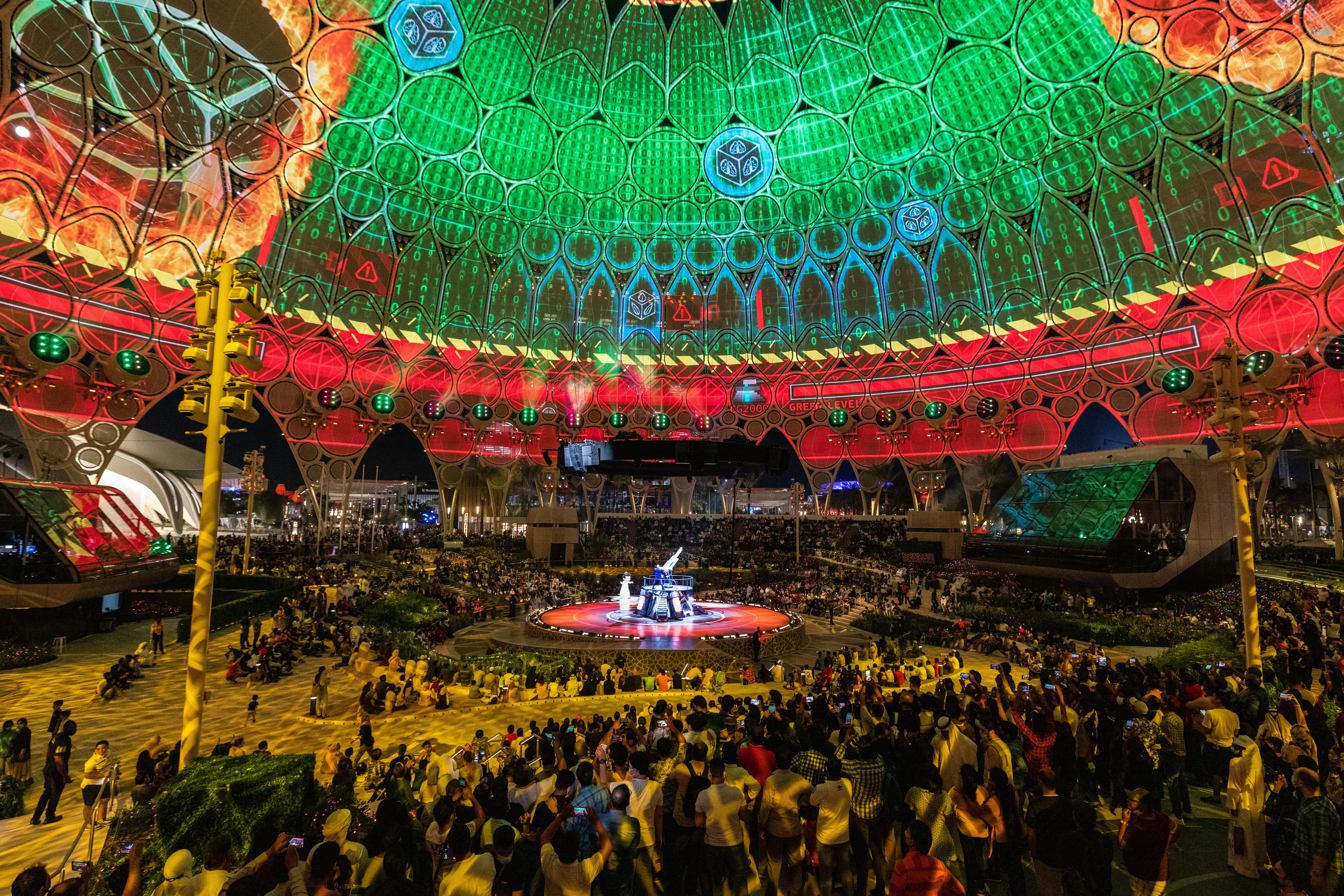 Expo 2020 Dubai has recorded 2,942,388 visits since its grand opening on 1 October. The visitor numbers included over 100,000 schoolchildren, with Expo set to further stimulate young minds during the forthcoming Knowledge & Learning Week from 12-18 December.

In the past week, Expo 2020 Dubai marked UAE Flag Day, which saw His Highness Sheikh Mohammed bin Rashid Al Maktoum, Vice President and Prime Minister of the UAE and Ruler of Dubai raising the national flag; Organisation of Islamic Cooperation Honour Day, which hosted Dr Yousef Al-Othaimeen, OIC Secretary General; and the Expo 2020 National Days of Antigua and Barbuda, Indonesia, Colombia, and the Netherlands, which included a visit from Dutch royalty His Majesty King Willem-Alexander and Her Majesty Queen Máxima.

Countless star acts have added their names to the awe-inspiring roll call of performers to date at Expo 2020 – among the big-name guests gracing Expo stages was Riverdance, the world-famous Irish dance sensation that not only performed for excited crowds, but also held masterclasses to inspire and involve visitors. The group’s shows at Expo will run throughout the month of November.

Expo’s Diwali celebrations featured a strong entertainment line-up, with the Hindu festival celebrated by acts such as India’s Salim and Sulaiman Merchant, and Bollywood playback singer Vipul Mehta. Late Nights @ Expo also hosted a series of music events to commemorate the festival of lights, including a special showcase from Indian rapper Badshah.

Visitors thronged a temporary circuit at Expo 2020 as the world’s best cyclists contested Giro d’Italia Criterium – the first ever official sporting event to be staged at a World Expo. In a nail-biting finish, Slovakia’s Peter Sagan pipped Colombia’s Egan Bernal to first place.

Urban & Rural Development Week was launched on World Cities Day on 31 October and concluded on 6 November with the exciting announcement that more than 120 of Expo 2020’s permanent buildings have been Leadership in Energy and Environmental Design (LEED) certified. The week included a special Women’s World Majlis reimaging what cities and villages would look like had they been designed by women, and the launch of the Last Mile Delivery Roadmap, a blueprint for making informal settlements safe and sustainable.

The mesmerising line-up of attractions at Expo 2020 shows no signs of slowing down: Nancy Ajram and Ragheb Alama will unite the world through power of music, at Al Wasl Plaza and broadcast around the world, when they co-headline the second Infinite Nights show on 12 November. On the same day, K-pop concert KITE will welcome acts including Highlight and Punch. Al Wasl will also play host to the Expo Young Stars programme until the 17 November, which will showcase talented young students from across the UAE.

On 13 November, visitors will be treated to an appearance from one of best athletes in history, Usain Bolt – an 11-time world champion, eight-time Olympic gold medallist and holder of multiple world records – who will lead a Family Run. The event is in collaboration with Official Beverage and Snack Partner of Expo 2020 Dubai, PepsiCo, through its sports drink brand Gatorade.

Expo visitors have even more reason to explore the site during the coming month, with the launch of the Explore Expo 2020 Dubai, Explore the World special raffle to win one million Emirates Skywards miles and a host of other prizes rewarding those who visit as many Country Pavilions as possible – and a new November Weekday Pass available for AED 45.

Bringing Expo 2020 Dubai to a global digital audience, the number of virtual visits has amounted to 14.8 million since 1 October.

Expo 2020 Dubai runs until 31 March 2022, inviting the world to join a celebration of unity, opportunity, creativity and sustainability that will help to shape a better, brighter future for everyone.