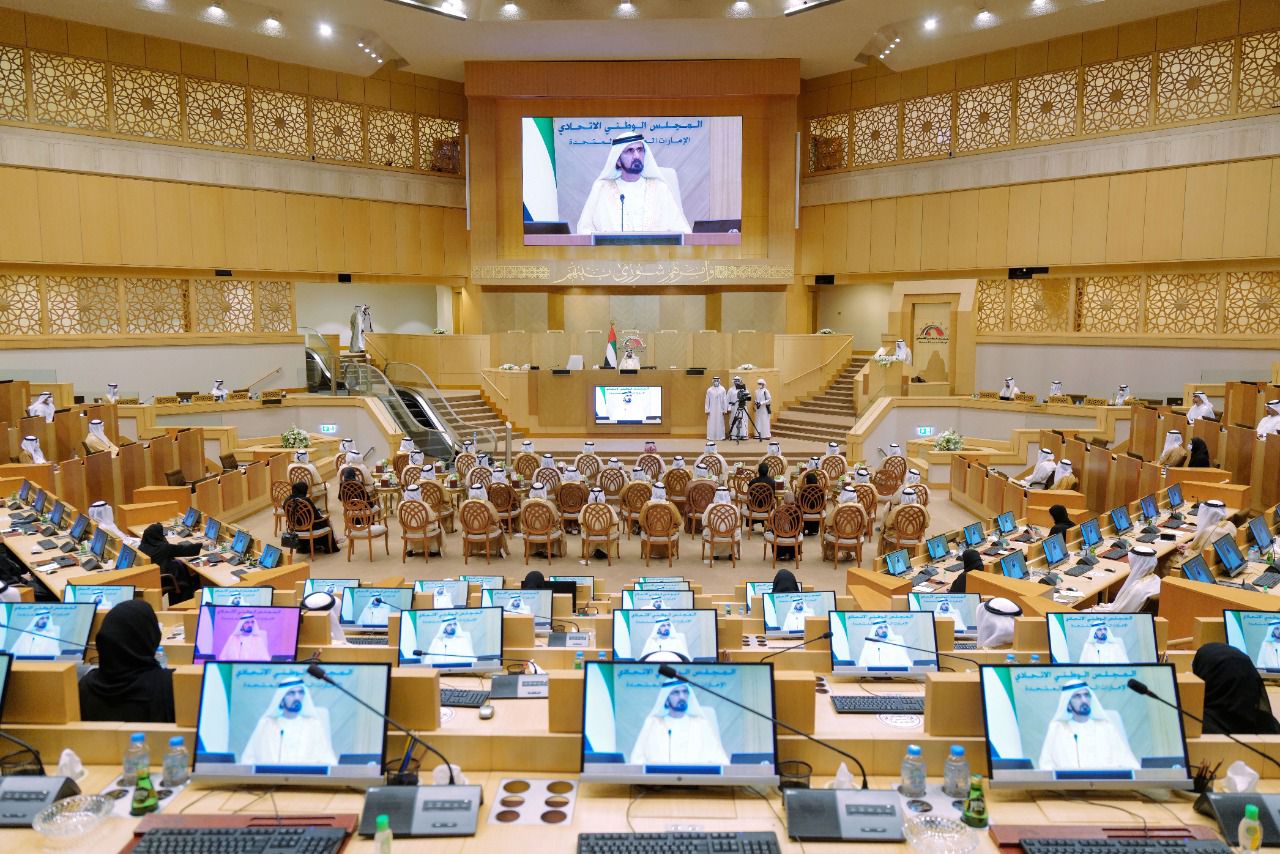 His Highness Sheikh Mohammed read the FNC’s decree of invitation to convene its third ordinary term of its 17th legislative chapter, which is Decree No. 134 for 2021 issued by President His Highness Sheikh Khalifa bin Zayed Al Nahyan, which stated, "The FNC is invited to convene its third ordinary session of its 17th legislative chapter today on Wednesday, 24th November, 2021. The Speaker of the FNC will implement this decree, which will be published in the national gazette."

Ghobash delivered the following speech: I am honoured to extend, on my behalf and on behalf of FNC members, thanks and gratitude to President His Highness Sheikh Khalifa, His Highness Sheikh Mohammed bin Rashid, His Highness Sheikh Mohamed bin Zayed Al Nahyan, Crown Prince of Abu Dhabi and Deputy Supreme Commander of the UAE Armed Forces, and Their Highnesses Supreme Council Members and Rulers of the Emirates, for supporting the FNC and enabling it to continue its consultancy approach, as a true platform for expressing the aspirations of citizens, and as an establishment that supports government work and protects its achievements.

I am honoured to extend my welcome and gratitude to His Highness Sheikh Mohammed bin Rashid for inaugurating the third ordinary session of the 17th legislative chapter of the FNC, which reiterates the support for the FNC to continue its efforts to perform its constitutional duties.

His Highness Sheikh Mohammed bin Rashid Al Maktoum, the honourable audience.
As we are approaching the end of the first 50 years of our country, we proudly commemorate the Founding Fathers of the nation led by the late Sheikh Zayed bin Sultan Al Nahyan and the late Sheikh Rashid bin Saeed Al Nahyan, who established the foundations of the UAE and overcame challenges and difficulties, enabling the country to become a strong nation that the world recognises for its achievements, due to these solid foundations.

Today, as the country welcomes the next 50 years of its existence, it is hosting a major international event gathering over 190 countries at Expo 2020 Dubai.

This distinguished event is showing the entire world is watching the country during its Golden Jubilee, and it is starting the next 50 years equipped with modern and advanced tools, as well as the values of peace, compassion and openness. The UAE began the next phase of its existence by announcing '10 principles' governing the process of developing and strengthening its advanced position in competitiveness indexes, therefore, ensuring the achievement of sustainable development, making citizens happy and guaranteeing a better future for generations to come.

His Highness Sheikh Mohammed bin Rashid Al Maktoum and the honourable audience.
As we reiterate our pride and appreciation for the advanced performance of our distinguished government, we vow to our leadership and loyal people to always support the government in its efforts to perform its duties to serve the country and the city. We also vow to remain loyal to the country and its leadership and people, and to be always open to peace, constructive cooperation and giving, may Allah Almighty help us and protect us, peace be upon you. 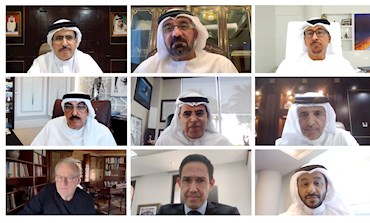 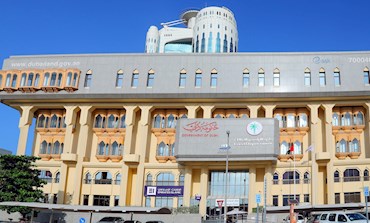