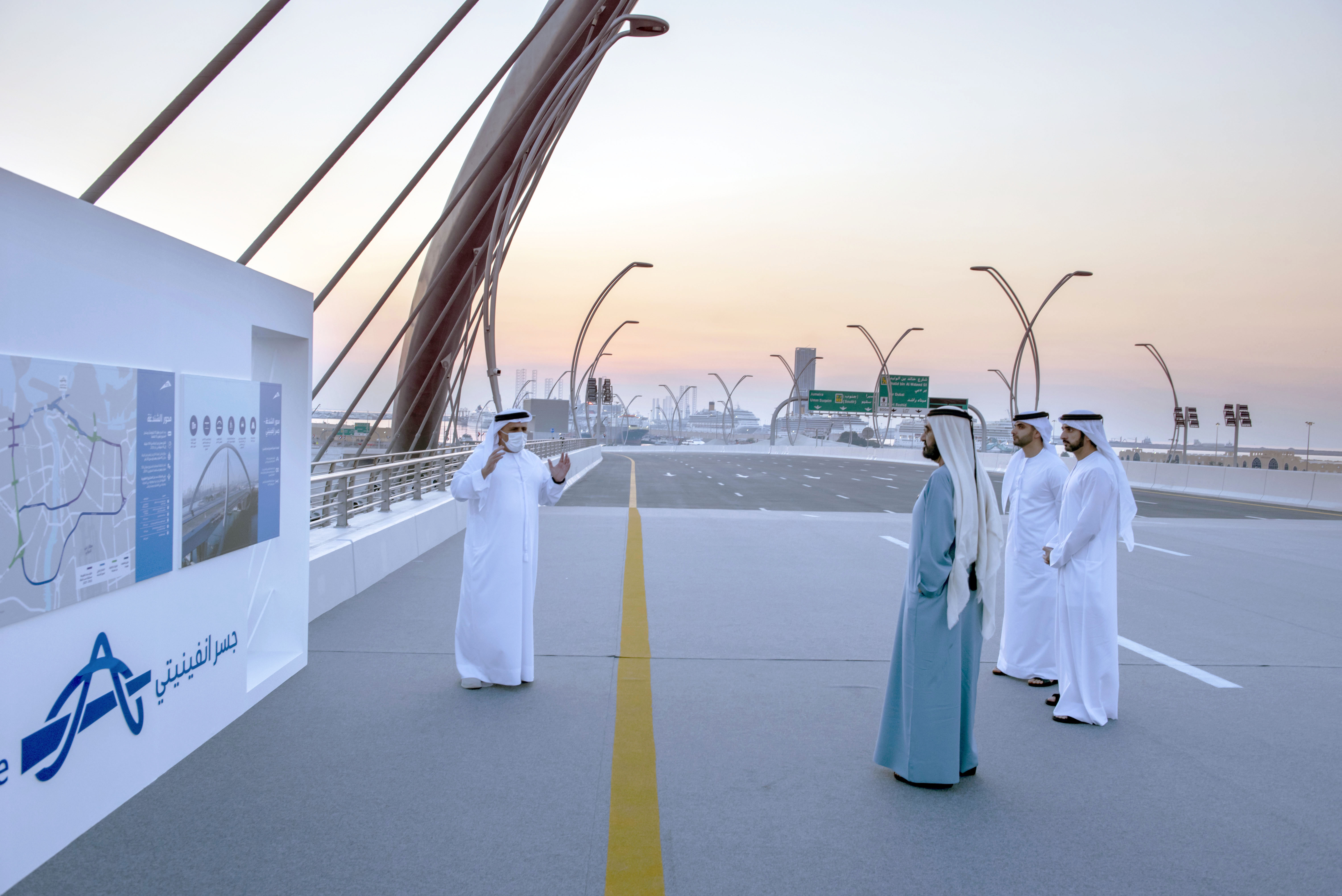 - Mohammed bin Rashid visits newly constructed Infinity Bridge and reiterates Dubai’s continued commitment to infrastructure development
- His Highness: Infrastructure development is one of the vital pillars of the emirate’s comprehensive plan for economic and social advancement
- “Dubai government places the highest priority on projects that support sustainable development, meet the changing requirements of the community and provide it the highest quality of services.
- New bridge is part of infrastructure development aimed at advancing sustainable growth and realising the vision of transforming Dubai into the world’s best city to live and work
- Infinity Bridge consists of six lanes in each direction in addition to a combined 3-metre-wide track for pedestrians and cyclists
- New bridge is part of the AED5.3 billion Shindagha Corridor, a key strategic project undertaken by RTA that consists of 11 phases

His Highness reiterated Dubai’s continued commitment to infrastructure development, saying it is one of the vital pillars of the emirate’s comprehensive plan for economic and social advancement. He said the Dubai government places the highest priority on projects that support sustainable development, meet the changing requirements of the community and provide it the highest quality of services.

"The roads and transport sector is critical not only to accelerating economic growth but also enhancing the wellbeing of the community. The rapid development of Dubai’s roads and transport network, with investments exceeding AED140 billion over the past fifteen years, reflects our belief in the role a strong infrastructure base plays in enhancing our global competitiveness, creating new growth opportunities, providing a supportive environment for business and ensuring the highest possible quality of life for citizens, residents and visitors to the emirate,” His Highness said.

Their Highnesses were received at the site of Infinity Bridge by His Excellency Mattar Mohammed Al Tayer, Director-General, Chairman of the Board of Executive Directors of the Roads and Transport Authority (RTA). The visit reflects His Highness Sheikh Mohammed bin Rashid Al Maktoum's commitment to further driving infrastructure expansion and advancing investments to maintain the pace of sustainable economic development and urban expansion. The emirate’s investments are also aligned with His Highness’s strategic vision to transform Dubai into the world’s best city to live, work and visit.

At the beginning of the tour, His Highness Sheikh Mohammed bin Rashid Al Maktoum was briefed by His Excellency Mattar Al Tayer about the ongoing implementation of infrastructure projects in Dubai, especially in the roads and transport sector, according to the city’s urban development masterplan.

Over the past few decades, Dubai’s rapid development as a global commercial hub has been catalysed by world-class mega road and transport projects like Dubai Metro, Dubai Tram, Business Bay Crossing, road projects leading to Expo 2020 Dubai, the expansion of the Al Khail Road and the Al Khawaneej axis and other projects.

His Excellency Mattar Al Tayer also briefed His Highness about the Infinity Bridge and Al Shindagha Corridor Project, which the new bridge forms part of. Consisting of six lanes in each direction, the Infinity Bridge has an architectural arch shaped in the form of the infinity symbol. The bridge’s iconic structural design is inspired by the infinity concept, which symbolises Dubai’s unlimited ambitions.

Infinity Bridge forms a key component of Al Shindagha Corridor Project spanning 13 km along Sheikh Rashid Street, Al Mina Street, Al Khaleej Street and Cairo Street, which features a total cost of AED5.3 billion. The bridge supports development needs and improves the link between Deira and Bur Dubai by raising the total number of lanes crossing Dubai Creek from 48 to 60. The bridge can accommodate 24,000 vehicles per hour in both directions and features a combined 3-metre-wide track for pedestrians and cyclists.

The current section of Al Shindagha Corridor Project encompasses the construction of 15 junctions with a total length of 13 km. Due to its immense scope, the project is being built in five phases. The completion rate in the entire section of the project has now reached 85% and is expected to be completed in the second half of this year. The Corridor serves Deira and Bur Dubai in addition to several development projects such as Deira Islands, Dubai Seafront, Dubai Maritime City and Port Rashid, and is expected to serve one million persons. It will slash travel time from 104 minutes to just 16 minutes by 2030, and the time saved over 20 years will be worth about AED45 billion.

Al Shindagha Corridor Project also features plans for improvements to Al Khaleej Street along with the intersection with Abu Hail Street, as well as the intersection of Sheikh Rashid Street with Jumeirah, Al Mina and Sheikh Sabah Al-Ahmad Al-Jaber Al-Sabah Streets. This phase is expected to be completed by the end of 2025. The project also covers the construction of 1.5 km long bridges leading to Deira Islands southwards, which is set for completion in 2027. 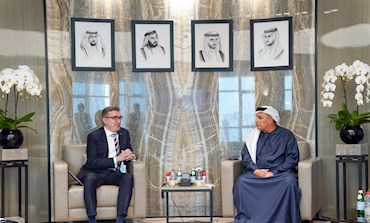 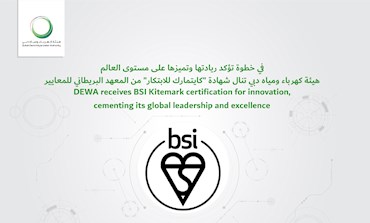 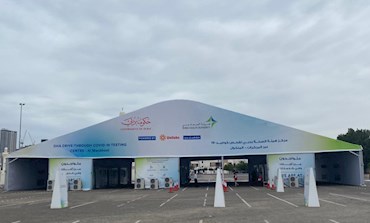