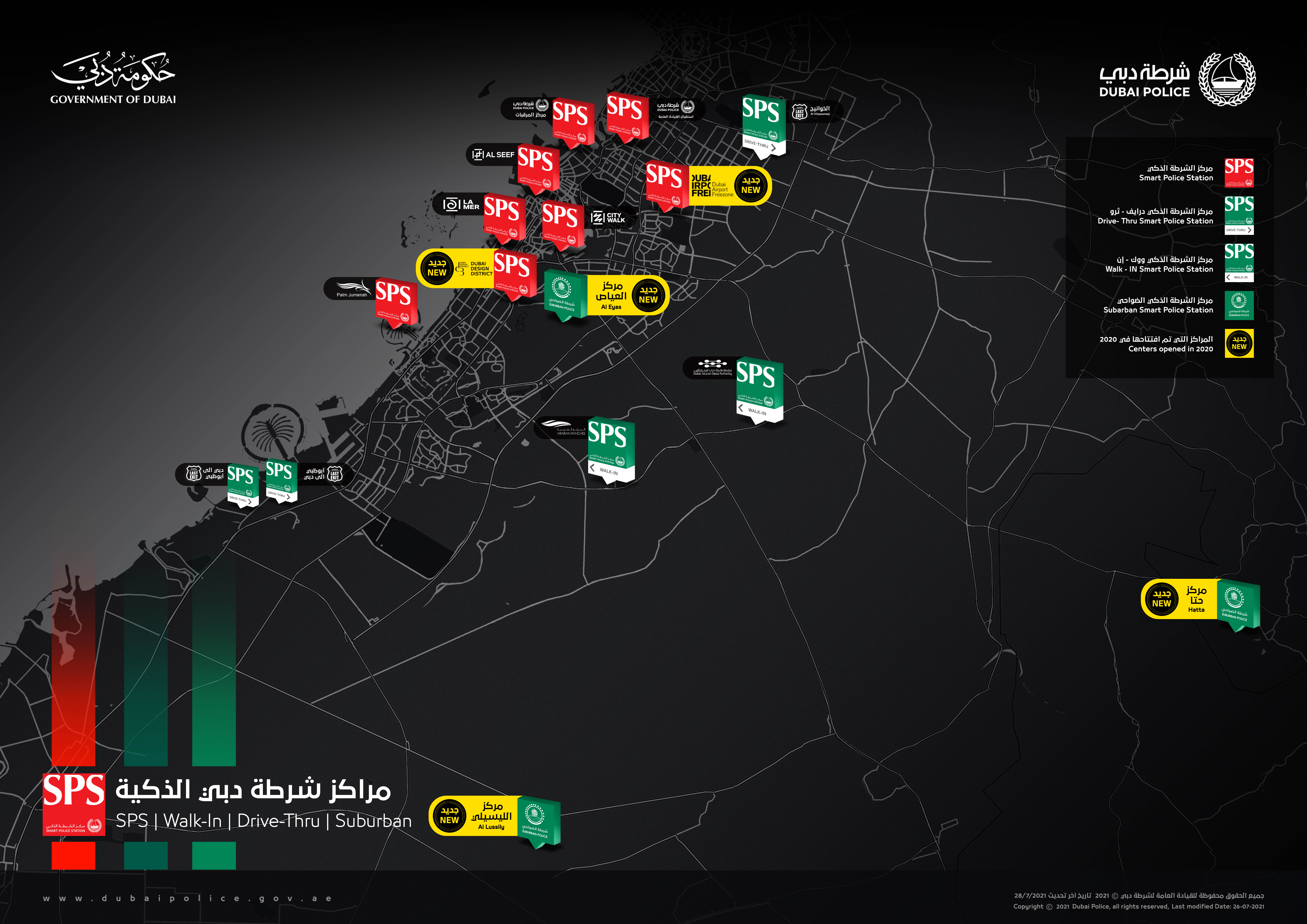 Brig. Al Razooqi said that in addition to the 11 smart stations that had been established across the emirate since 2017, the force has opened new five Smart Stations at Dubai Airport Freezone (DAFZA), Dubai Design Distract (D3), and in the suburban areas of El Eyas, Hatta, and Al Lesaily.

"The inaugurations are in line with the objectives of Dubai Vision 2021, which aims to strengthen Dubai's position as the world’s most preferred place to live, work and visit. It is also in support of the UAE Strategy for Artificial Intelligence that seeks to develop and regulate artificial intelligence technology tools to speed up the government’s performance and create a conducive creative environment with high productivity," Director of the General Department of AI added.

Brig. Al Razooqi further affirmed that Dubai Police is always keen on realizing Dubai leadership's visions through the "Smart Police Station" project, which had proved successful in providing unmanned services reaching a wide range of customers, and the implementation of best standards and practices in the field of policing.  He also confirmed Dubai Police's strategic plan is to transform gradually all traditional police stations to smart service centres that work round the clock to provide topnotch services.

The self-service Smart Police Stations (SPS), which achieved 89.6% in processing transactions digitally compared to other Dubai Police service channels, are open 24/7 and offer 45 smart services without human intervention, in seven languages: Arabic, English, Spanish, French, German, Russian and Chinese, taking into account the global nature of the city of Dubai.