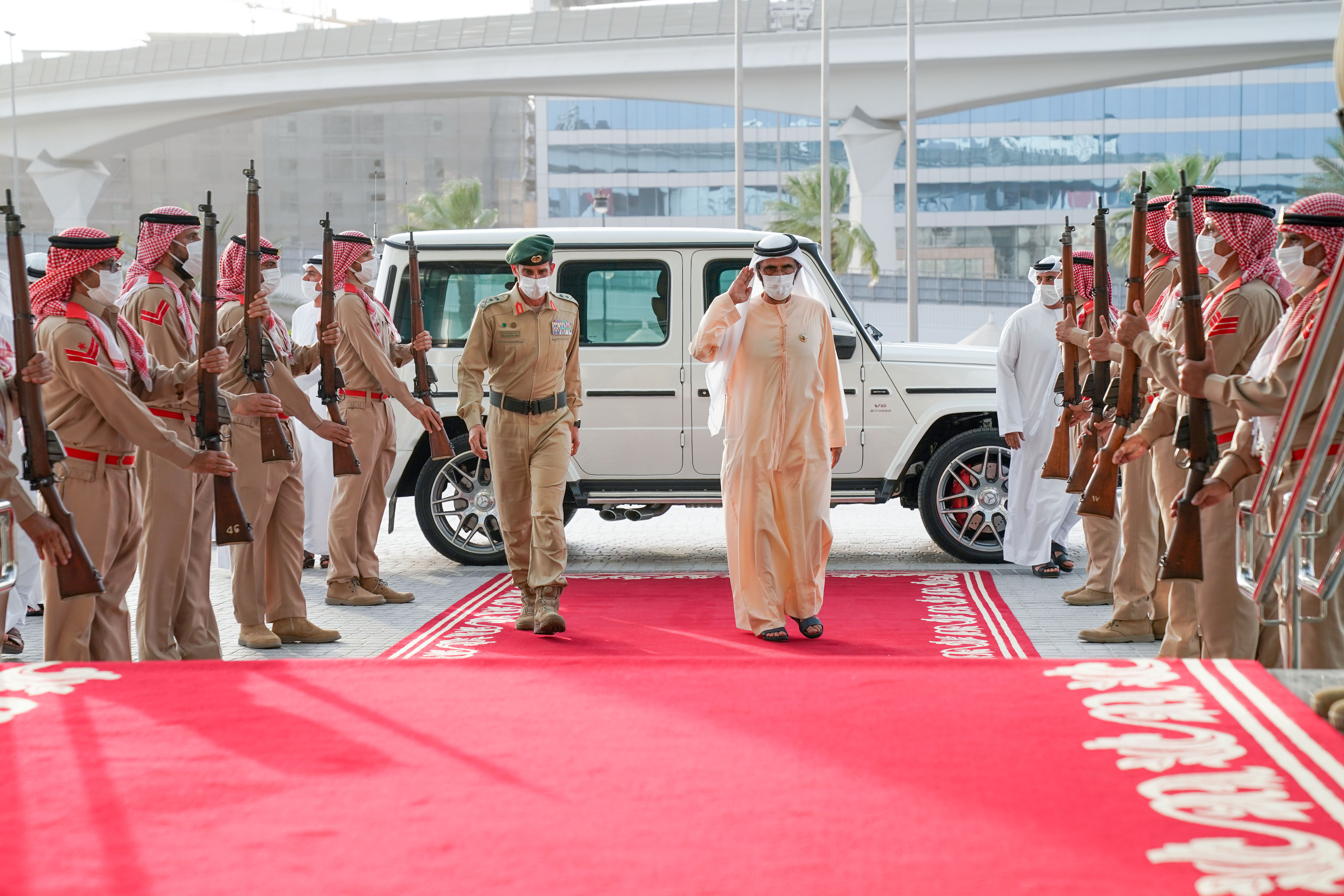 Addressing Dubai Police staff, Sheikh Mohammed said the country’s efficient and well-functioning security and law enforcement system has contributed significantly to preserving its progress and ensuring the community’s safety. “Security is a critical element in the sustainable development of a nation and its ability to grow and thrive. Dubai Police and other security organisations have played an instrumental role in creating a safe and secure environment by maintaining exceptional standards of professionalism,” His Highness said.
Sheikh Mohammed said Dubai Police’s efforts to develop the capabilities of its personnel through specialised training programmes, exchange of expertise with the world’s best police forces and adoption of the latest security technologies have enabled it to maintain high benchmarks of excellence. He particularly praised Dubai Police for its contributions as a frontline force in combating the pandemic.

During the visit, Sheikh Mohammed toured the Dubai Police Command and Control Centre. His Highness also unveiled the Drone Box, an unmanned aerial system designed to help Dubai Police improve its operational effectiveness and reduce emergency response rates. The system is set to help reduce response time from 4 minutes 40 seconds to one minute for criminal reports. Sheikh Mohammed was briefed on the progress of the Oyoon project, an artificial intelligence (AI) programme implemented to raise Dubai’s profile as one of the world’s safest cities.

Commander-in-Chief of Dubai Police Lieutenant-General Abdullah Khalifa Al Marri thanked His Highness Sheikh Mohammed for empowering national talent to contribute more effectively to the UAE’s progress. He said Dubai Police is keen to invest further in training and development, and deploy the latest technologies to enhance its services.