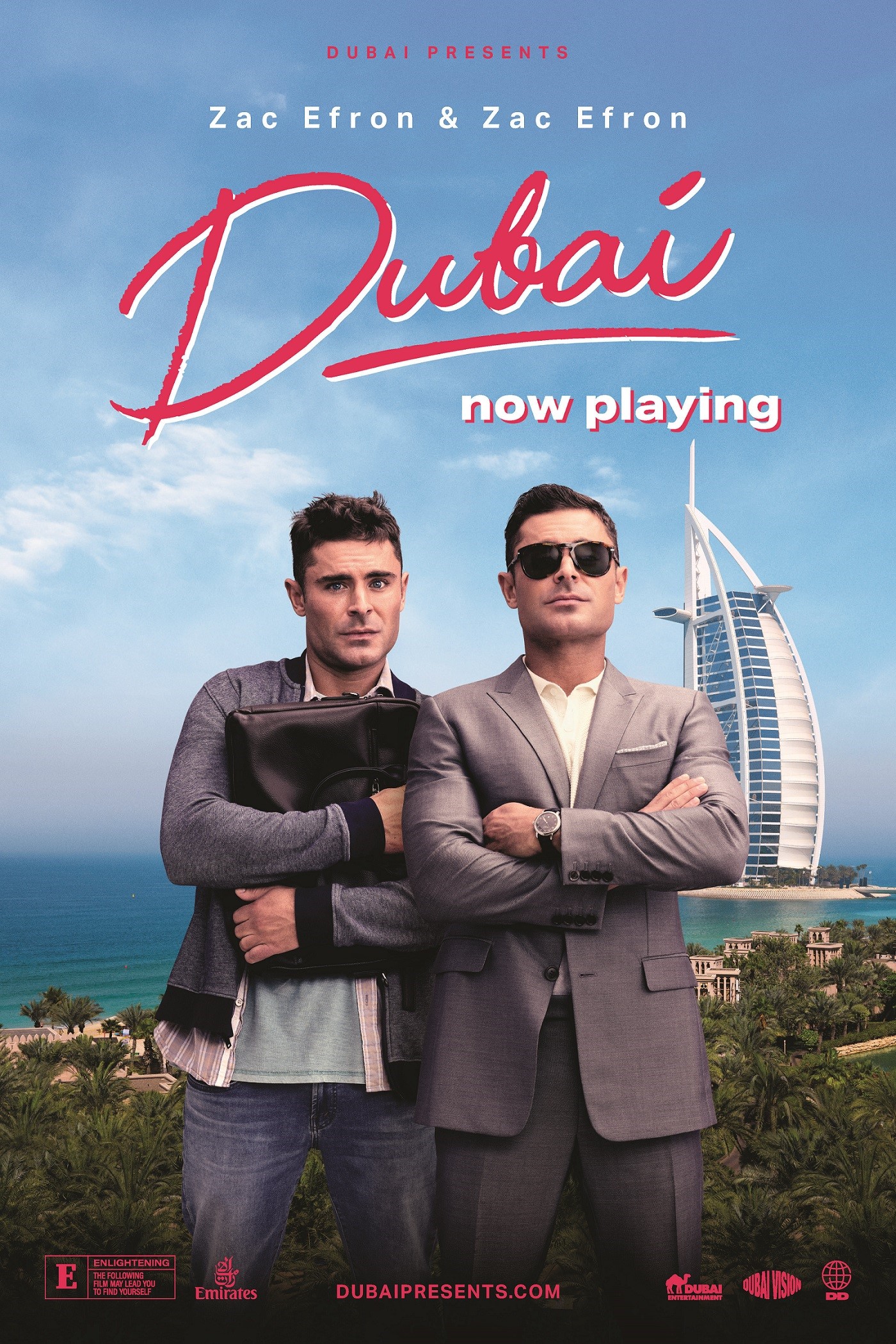 Supported by a solid network of stakeholders and partners, Dubai’s international marketing outreach aims to build on the steady influx of visitors to Dubai since the city was reopened to tourists in July 2020, and is further evidence of Dubai’s consistent and calibrated approach since the start of the global pandemic to ensure the destination remains resilient and safe for international travellers.

Dubai was one of the first cities globally to reopen its markets and businesses, and continues to stay open, while ensuring strict compliance with globally benchmarked health and safety protocols. The UAE has one of the world’s highest per capita vaccination rates, with close to 89% of residents having received at least one dose of the vaccine, and nearly 78% having received both doses to-date.

Boosted by demand for staycations in the domestic market and visitation from international markets that are open, hotels in Dubai enjoyed occupancy levels of 61% overall from January – July 2021, further instilling confidence in this sector and demonstrating its capability to attract guests and provide them with world class hospitality. By the end of July 2021, Dubai’s hotel inventory stood at 718 establishments offering 129,318 rooms with RevPAR increasing to AED225 compared to AED194 for the same period in 2020.  In the first seven months of 2021, the occupied room nights for hotels stood at 16.34 million vs. 10.74 million for the corresponding period in 2020.

According to data from hotel management analytics firm STR, for the first seven months of 2021, Dubai ranked second globally in terms of occupancy after Singapore and ahead of London and Paris. For the January-July 2021 period, Dubai’s YTD RevPAR was highest amongst the four destinations, followed by Singapore, Paris and London.

Dubai has continued to invest in integrated marketing campaigns, highlighting that the city is open to travellers when they are ready to start holidaying again. The latest campaign, Dubai Presents, features a series of blockbuster trailers helmed by Hollywood icons Jessica Alba and Zac Efron, and is designed to showcase the diversity of experiences, attractions and events that await visitors this year including Expo 2020, which starts on 1 October and celebrations surrounding the 50th anniversary of UAE’s National Day on 2 December. Dubai Presents builds on a series of global marketing campaigns developed by Dubai Tourism such as A Story Takes Flight, starring Hollywood celebrities Gwyneth Paltrow, Kate Hudson and Zoe Saldanha, the award-winning #BeMyGuest featuring Bollywood superstar Shah Rukh Khan, as well as many other campaigns led by prominent regional celebrities and influencers, in addition to various digital activations.

Issam Kazim, CEO, Dubai Corporation for Tourism and Commerce Marketing (Dubai Tourism) commented: “The significant momentum generated across the tourism ecosystem is in line with the vision of His Highness Sheikh Mohammed bin Rashid Al Maktoum, Vice President and Prime Minister of the UAE and Ruler of Dubai, to further enhance the position of Dubai as a global tourism destination and make it the best city in the world to live in, work and visit. Dubai’s ability to evolve and adapt has been critical in ensuring that the city retained its position at the forefront of the world’s leading travel destinations. As we continue to play a pivotal role in the global tourism recovery with the support of our stakeholders and partners, the positive growth that we have registered in the first seven months of this landmark year for Dubai is also testament to the effective citywide management of the pandemic that has enabled us to reassure travellers and ensure their safety at every touchpoint from arrival to departure, as we further enhance our position as one of the world’s safest destinations.

“As part of our strategy, we have consistently used innovative campaigns to further highlight the city’s multi-faceted touristic appeal. This synergetic approach to showcasing Dubai’s diverse offering involves the enlistment of celebrities, influencers and community personalities, creating a steady stream of ambassadors and advocates to constructively help narrate Dubai’s story. This is reflected in a remarkable way through our latest campaign, Dubai Presents, which highlights the array of attractions and experiences that global travellers can enjoy and then turn those experiences into engaging, memorable stories about Dubai,” Kazim added.

The ‘Buddy Comedy’ trailer was unveiled at a special event at Vox Cinemas at Mall of the Emirates, during which Expo 2020 provided the audience an overview of the region’s first World Expo.

Sholto Douglas-Home, Chief Sales & Marcomms Officer, Expo 2020 Dubai, said: “Expo 2020 Dubai is less than three weeks away from hosting the world for an unmissable six-month celebration – one that promises to be an extraordinary experience for visitors of all ages, nationalities and interests. No two days at Expo will ever be the same, and with so much on offer, every guest will want to visit many times and see for themselves the power of innovation and collaboration that Expos can unleash.

“And it is with thanks to the magnificent support of our tourism, hospitality and travel industry partners, international visitors will be able to enjoy the most diverse World Expo in history. Excitement is building, and we can’t wait to welcome everyone to a truly exceptional World Expo – and one that marks a historic milestone for our nation and our region, both safely and securely, as we invite everyone to join the making of a new world,” Douglas-Home added.

Dubai Presents
Dubai Presents - filmed by Director’s Guild award-winning director Craig Gillespie of recent Cruella movie fame - takes a unique perspective to global destination advertising, using a highly stylised movie trailer approach to create engaging content, backdropped by some of Dubai’s most iconic landmarks and hidden locations.  The Dubai Presents campaign is being rolled out in 27 countries across 16 languages via cinema, print, broadcast, out of home, digital and social media channels. It has generated over 200 million views since it was launched just over a month ago with the Spy Action trailer, followed by ‘RomCom’. The trailers feature Jessica Alba and Zac Efron in a series of engaging plots as they visit some of Dubai’s most exciting destinations. The campaign will also feature a series of cinematic teasers celebrating gastronomy, active holidays, nature and outdoors and self-indulgent holidays in Dubai.

The latest film in the Dubai Presents series, ‘Buddy Comedy’ features Efron on a journey of self-discovery as he explores the city on an exciting itinerary designed and guided by his future self. Sprinkled with moments of humour and an upbeat music score, the trailer features some of the city’s most recognisable attractions- from the magnificent architecture and cultural gems in Al Seef to indulging in the moments of calm overlooking iconic cityscapes by the pool at Jumeirah Al Naseem to action packed ATV rides in the desert and Skydiving over Palm Jumeirah, showcasing the city’s ever-expanding list of experiences for a solo adventure or a fun-filled holiday with friends.

Following strict COVID-19 protocols, filming took place over duration of five days with a diverse cast and crew of over 180 people representing 27 nationalities – from celebrity talent and director, award winning production and creative teams to a world-class filming crew, evoking the creative spirit of a city that is recognised as a global icon of multiculturalism. 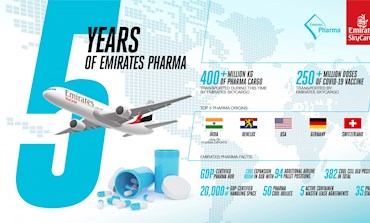 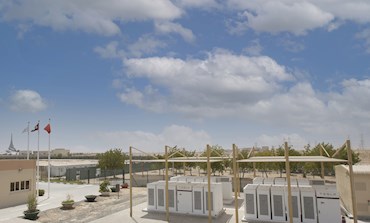