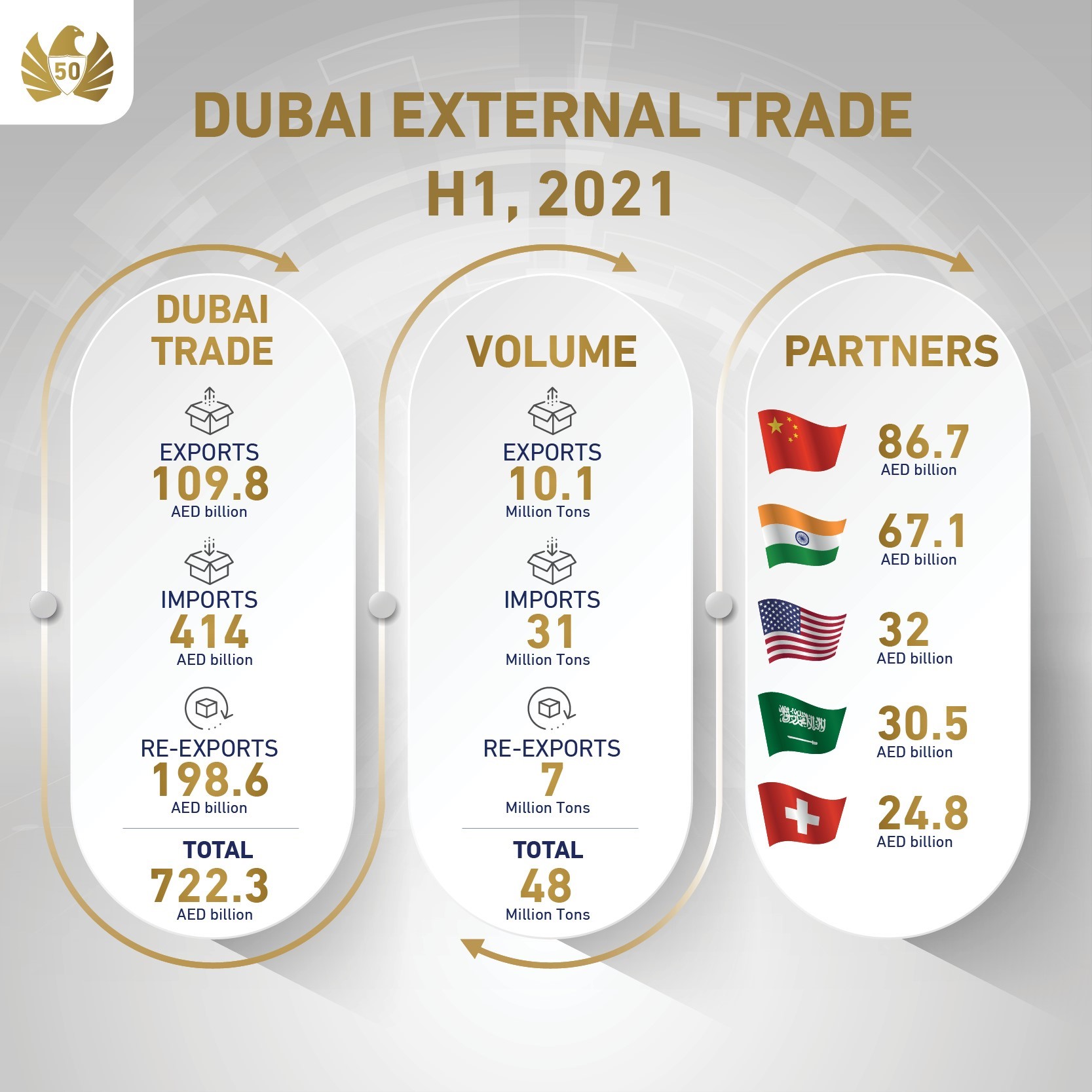 Sultan bin Sulayem: We are moving ahead with confidence to increase Dubai’s global trade volumes to AED2 trillion

His Highness Sheikh Hamdan bin Mohammed bin Rashid Al Maktoum, Crown Prince of Dubai and Chairman of The Executive Council, said Dubai, guided by the vision of His Highness Sheikh Mohammed bin Rashid Al Maktoum, Vice President and Prime Minister of the UAE and Ruler of Dubai, has reinforced its status as one of the world’s fastest growing business hubs.

His Highness said: “This marked growth in trade demonstrates the success of Dubai’s strategic plan to consolidate its position as a global logistics and trade hub that connects the world’s diverse markets. Dubai’s existing sea and air network will be expanded to cover 200 new cities around the world. We are confident that we will continue to build on our growth momentum to achieve our ambitious sustainable development projects and plans.”

His Highness added: “The accelerated pace of external trade growth also reflects Dubai’s growing global role in facilitating and streamlining worldwide trade and supply chains. With Dubai all set to receive delegates from 191 nations at EXPO2020, the emirate’s outstanding trade performance further raises its profile as a trading powerhouse.”

Sultan bin Sulayem, DP World Group Chairman & CEO and Chairman of Ports, Customs and Free Zone Corporation, said: “This growth in trade reaffirms Dubai’s ability to turn challenges into opportunities based on strategic plans that leverage the stability and flexibility of its economy. Dubai is at the forefront of international economic recovery and we are on track to increase our global trade to AED2 trillion in the coming years. Trade is turning into the main growth catalyst of the economy of the UAE and Dubai under the guidance of His Highness Sheikh Mohammed bin Rashid Al Maktoum, Vice President and Prime Minister of the UAE and Ruler of Dubai. We continue to raise our commitment to developing customs services according to the evolving needs of businesses and investors and build more trade bridges to reach out to new markets.”

Bin Sulayem added: “Furthermore, Dubai’s World Logistics Passport (WLP) initiative is helping to reimagine how goods and services move around the globe, boost resilience in global supply chains and remove the barriers that prevent developing economies from trading as freely as they might. We are happy that 10 new countries have joined the world’s first logistics loyalty programme that brings together airport authorities, port operators and shipping agents.. This incentive-based loyalty programme enables freight forwarders, traders and business owners to draw the maximum possible benefits from their trading operations, which can be translated to an increase of 5% to 10% in revenues.”